Did Colonel Parker Take the
King for a Ride? A Lawyer for
Elvis’ Daughter and Sole Heir
Says Yes
By Salley Rayl
He should have been the richest entertainer of all time. He was, after all,
the only performer who had ever generated more than a billion dollars in
earnings from his concerts, tours, films, recordings, promotions and
franchises. But Elvis Presley’s net worth at his death in August 1977 was
put at a relatively paltry $10 million. That is why on December 10 attorney
Blanchard E. Tual will charge in a Shelby County probate court that
Presley’s long time manager and friend, Col. Tom Parker, unconscionably
drained off more than half of the King’s earnings during his lifetime. A 300-
page report prepared for the hearing argues that since Elvis’ death Parker
has “violated his duty both to Elvis and to the estate” by charging
commissions that were “excessive, imprudent…and beyond all reasonable
bounds of industry standards.”
The trouble began last May, when the executors of Elvis’ will—including his
ex-wife, Priscilla—asked Memphis Probate Judge Joseph W. Evans to
approve an arrangement that would reportedly have guaranteed Parker
half of all the estate’s annual income (some $1.2 million last year). They
revealed at that time that Parker’s share of Presley’s earnings had been
roughly that large while Elvis was alive. Attorney Tual, appointed by the
court to protect the interests of Presley’s sole beneficiary, his 12-year-old
daughter Lisa Marie, then began an investigation of the deal and
concluded that Parker’s cut was indefensible. “A 50 percent fee was
exorbitant,” the report states. “It raises the question of whether Parker has
been guilty of self-dealing, of a breach of the fiduciary relationship owed to
Elvis.” (Most showbiz managers today earn between 10 and 25 percent.)
In Tual’s view, Colonel Parker—whose previous clients included Hank Snow
and Eddy Arnold—was a short sighted negotiator for Elvis and a most
determined advocate for himself. As a case in point, the report cites the ​
seven-year contract Parker negotiated with RCA Records for Elvis in 1973.
It called for a flat-rate royalty of 50 cents per record sold, which meant
that, as record prices rose, Elvis’ royalty percentage would fall. Tual also
maintains that the price Parker negotiated with RCA for Elvis’ master
recordings ($5.4 million) was a fraction of their worth. Parker’s company,
All Star Shows, split the proceeds of both deals with Presley 50-50, but
when it came to merchandising Presley and, the star got an even smaller
cut. Parker held 40 percent of the stock in Boxcar Enterprises, the holding
company for merchandising rights; Elvis owned 15 percent. Before August
16, 1977 Parker’s share in Boxcar increased to 56 percent, with 22 percent
going to the estate. Notes Tual’s report: “It has not been explained why,
since Elvis was the star and totally responsible for the merchandising
rights, he had such an incredibly small percentage of Boxcar.” The
document does, however, suggest one reason: “Elvis was naive, shy and
unassertive. Parker was aggressive, shrewd and tough. His strong
personality dominated Elvis, his father and all others in Elvis’ entourage.”
Tual contends that Elvis lost millions because of Parker’s lack of business
savvy (including his failure to organize Presley’s finances in such a way as
to minimize his taxes) and that Parker received lavish gifts from recording
and franchising companies with which he struck agreements. Elvis, of
course, was free to sign whatever deal he wished with Parker—and Parker
was free to take whatever he could get from his client; the rule of law, as
of life, is caveat emptor. Tual’s purpose is simply to convince the court that
Elvis’ estate and its heir, Lisa Marie, are not served by continuing the deal
with Parker—and that Parker should be forced to repay whatever he has
earned from the Presley business since Elvis’ death. Parker, 70, who is said
by friends to be recovering from an arm fracture, has refused all comment
on the Tual report. But those who know him expect that, come his day in
Evans’ court, the reclusive colonel will put forth a fiery self-defence.​ 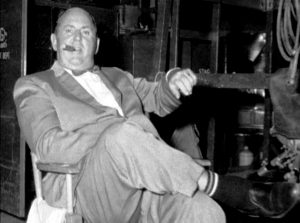