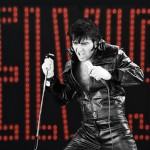 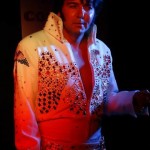 Rik as been a professional entertainer for a number of years,  firstly performing as a stand up comedian and impressionist,  Rik also is a highly acclaimed song writer and as had over 3000 children’s itunes chart entries’ all over the world! You still to this day cannot go to any holiday resort in Europe that does not play his wacky party dance songs!

Rik’s first musical love however is the music of ELVIS PRESLEY and this thankfully as now turned into a profession for Rik as a ETA ( ELVIS TRIBUTE ARTISTE!) never wishing to rest one’s  laurels, Rik goes from strength to strength constantly rehearsing and setting himself new targets!

As an Elvis Presley Tribute Rik as been the guide voice to hundreds of karaoke tracks, he was also re called four times to play the part of Elvis in Elvis The Musical! Also being re called for the part of Pharaoh in the hit musical Joseph and his amazing  techni-coloured  dream coat!

Rik’s clients have included Pontins, Haven, Butlins, Thompsons, Flamingo Land, and numerous theatres up and down the country!

Recently  Rik entered the competition RETURN TO GRACELAND  at Blackpool and out of all the top Elvis Tributes in the UK that took part RIK was proud to have been placed in second!

In April of 2015 Rik Was chose over all the ETA’S to perform for I LOVE A BIT OF VARIETY as Elvis, in a top London West end Night Club the evening was covered by OK magazine and Rik was photographed with many a famous face! This is much to do with his uncanny resemblance to the King!

Rik Works with backing tracks self contained or with his full 12 Piece band ALL THE KINGS MEN!